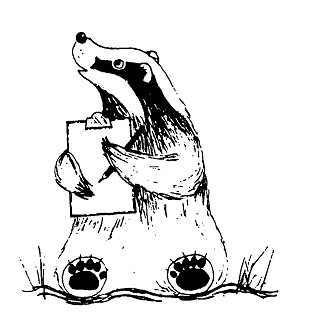 This poem alludes to the Greek myth of Icarus, the son who flew too close to the sun and the glue holding the feathers of his wings together melted and he fell.

As I have referred to in other posts – my son, my youngest cub fell to his death 4 years ago.  While he fell “in time”, I believe his soul fell through time into eternity.  Though his body fell, his soul flew, drawn by grace into eternity.

Falling in time
Seconds slowing
Icarus’ wings no contest
The feathers of self-confidence
Caught in the down-draft of gravity.

Falling into eternity
Drawn by grace
Your soul soars
Lifts, pauses, lifts again,
Caught in the current of life

Now, no Icarus wings required,
Your soul ascending in radiant self-confidence.
Light refracted, bends and is stilled again.
The gentle whisper of your going.
Posted by Badger at 9:49 PM